Ruth is a retired attorney living in San Francisco. Although not herself a survivor, she saw the devastating effects of gun violence first hand when she was called to the scene of a workplace shooting to assist a client. As a lawyer, Ruth worked on several pro bono amicus briefs in support of gun violence prevention laws. She attended many vigils, rallies, and marches against gun violence through the years, including one where she met Brady California President Mattie Scott, who inspired her to become more involved in this important cause. In early 2018, Ruth joined forces with Brady’s San Francisco Brady chapter in leading a successful, year-long grassroots campaign to end gun shows at the state-owned Cow Palace in Daly City. Ruth then became Co-Lead of the San Francisco Chapter with Mattie Scott and is currently a member of the chapter’s Leadership Team. Ruth’s work with the San Francisco chapter, legal background, and interest in legislation led to her becoming Brady California’s Legislation and Policy Chair in August 2021, after nearly a year of mentoring by Amanda Wilcox, who had filled that volunteer role brilliantly for more than 15 years. 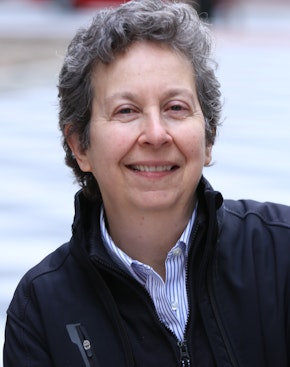