Advocate for: Health, healing, support and restoration services for victims of senseless gun violence and violence from homicide. ManUp Campaign consultative status with ECOSOC for the CSW64 UN Delegate, based in California.

As the founder and Executive Director of Healing 4 Our Families & Our Nation (H4OF&ON), Mattie is a 23-year veteran in the fields of violence prevention, gun violence survivorship, and activism. She is also San Francisco Chapter Leader of Mothers-in-Charge and San Francisco Brady California State President. Mattie is a delegate and works in prevention advocacy with House Speaker Nancy Pelosi.

A mother who has dedicated her life to violence prevention, intervention, and educational awareness, Mattie is on a nationwide mission to address the root causes of senseless gun violence and violence period. Mattie's faith carried her through the tragic shooting death of her youngest son, George C. Scott, who was shot and killed on July 17, 1996 at the age of 24 while attending a graduation party in his San Francisco neighborhood. George's sons, Gabriel and Kyron, were ages 2 and 5 at the time of their father's demise. The day after George's shooting was Gabriel's sixth birthday. Mattie had to call her grandson who was waiting on his father's call to tell him the sad news and the scream she heard over the phone is what wakes her up every day to do the work to help others. Mattie also lost a nephew, Timothy Scott, 23, to gun violence in 2007 and a niece, Kiesha Walker, 24, to suicide stemming from bullying on social media.

Mattie's work includes outreach with the incarcerated and formerly incarcerated, No More Tears San Quentin Prison, youth, families, California and faith-based communities. She also actively partners with local, state, and national elected officials as an agent for change. Mattie has served on a number of boards, including the San Francisco Chief of Police African American Police Advisory Board, the Westside Community Services Advisory Board, and is Board President of Freedom West Housing Corporation. She has won many prestigious awards on local, state, and national levels. Mattie's desire for us is to "stop the killing and start the healing." because this is about "all of us or none of us." Join the movement for real peace and real change.

Call Mattie
Back to Team Members 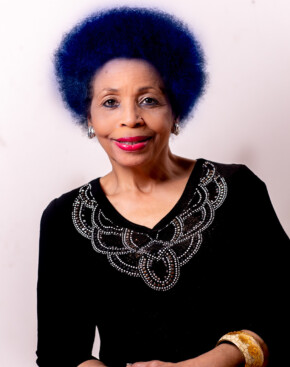