Carol got involved with the gun violence prevention movement after the Sandy Hook massacre in 2012, and has been leader of the San Diego chapter since 2014. As a retired school teacher, she has been especially concerned with getting the GVP message into local schools. As a result, in 2017, San Diego Unified provided all students with a take-home copy of the ASK letter, and in 2018 included the End Family Fire message on its website. The San Diego chapter works in the San Diegans for Gun Violence Prevention coalition, which Carol and other members of the chapter were instrumental in forming. Their work includes getting a safe storage ordinance passed in San Diego and three other cities within the county, working on GVP projects with middle and high school students, speaking and tabling at numerous events. 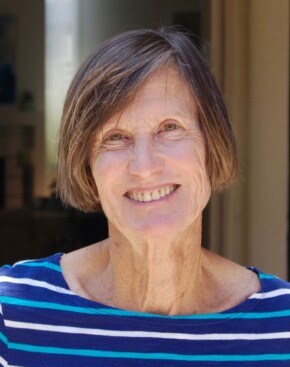